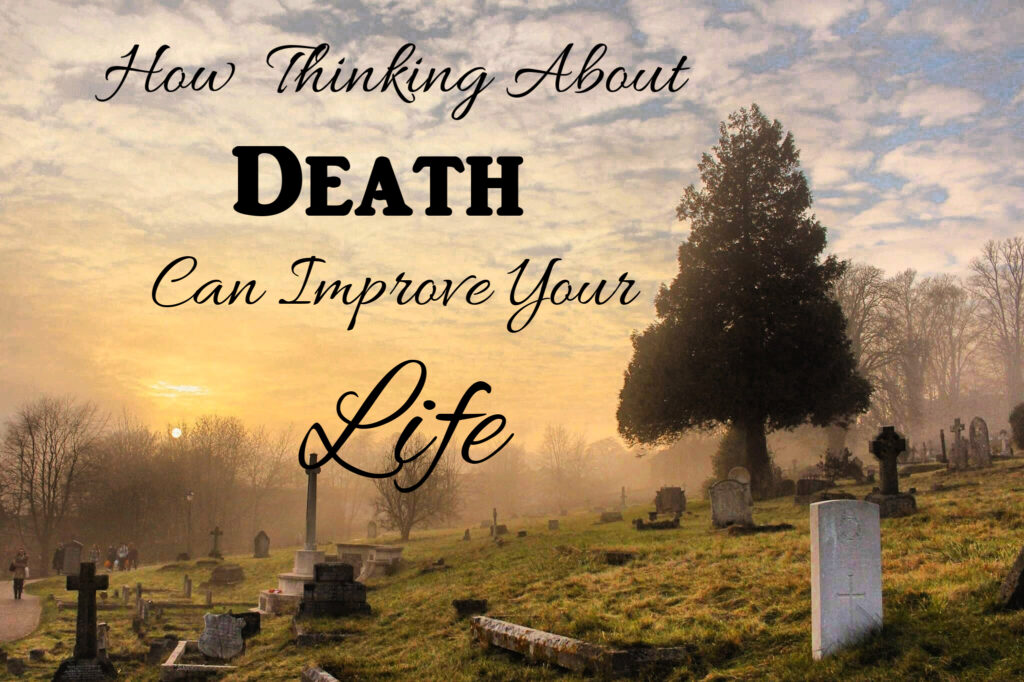 Most of us don’t like thinking about death very much. Some people even consider it downright harmful and morbid. But on the other hand, lots of wise people throughout history have said that it is helpful to think about death. In fact, Saint Benedict of Nursia, who founded the famous Benedictine order of monks, wrote “Keep death daily before your eyes.”

But what good could it possibly do to think about death every day?

There are many different answers to that question, but I found a new one the other day quite by accident. I was looking at a newspaper and ran across an obituary notice for a man who had died locally. After some biographical details, it said, “He will always be remembered as an avid hunter and daily lotto player.”

This description really struck me. I have nothing against hunting or playing the lottery. But is that what I would want to be remembered for? It made me sad to read that there was a human being who would be remembered for nothing more than that.

When I die, I want people to remember me for having been something or done something of worth. I would like to be remembered as a good friend, a good teacher, a good wife, a good mother. I would like people to think that I had left this world—or at least my part of it—a better and happier place than I found it.

They say that Alfred Nobel, who founded the Nobel foundation which grants prizes to notable people in various fields, started the foundation because he had the rare privilege of reading his own obituary before he died.

Nobel was a scientist who, among other fascinating exploits, invented dynamite. He had good intentions when he did it—he wanted to make it available for people to use for mining, and other commercial purposes. But its most notable use was in warfare, and when his brother died, a French newspaper mistakenly thought that Alfred had died, and announced it under the headline, “The Merchant of Death is Dead!”

Nobel decided that he was not satisfied with the legacy he was leaving to the world. He wanted to be remembered for something other than inventing a weapon, so he founded the now famous Nobel Prize foundation.

If you read your obituary in tomorrow’s paper, what would it say? Are you happy with being remembered that way?

What are you going to do about it?

If you would like to get some ideas on how to be a better woman, how to grow in feminine virtues, and how to leave a richer legacy, sign up for our email updates. We usually post articles 3-4 times a month.