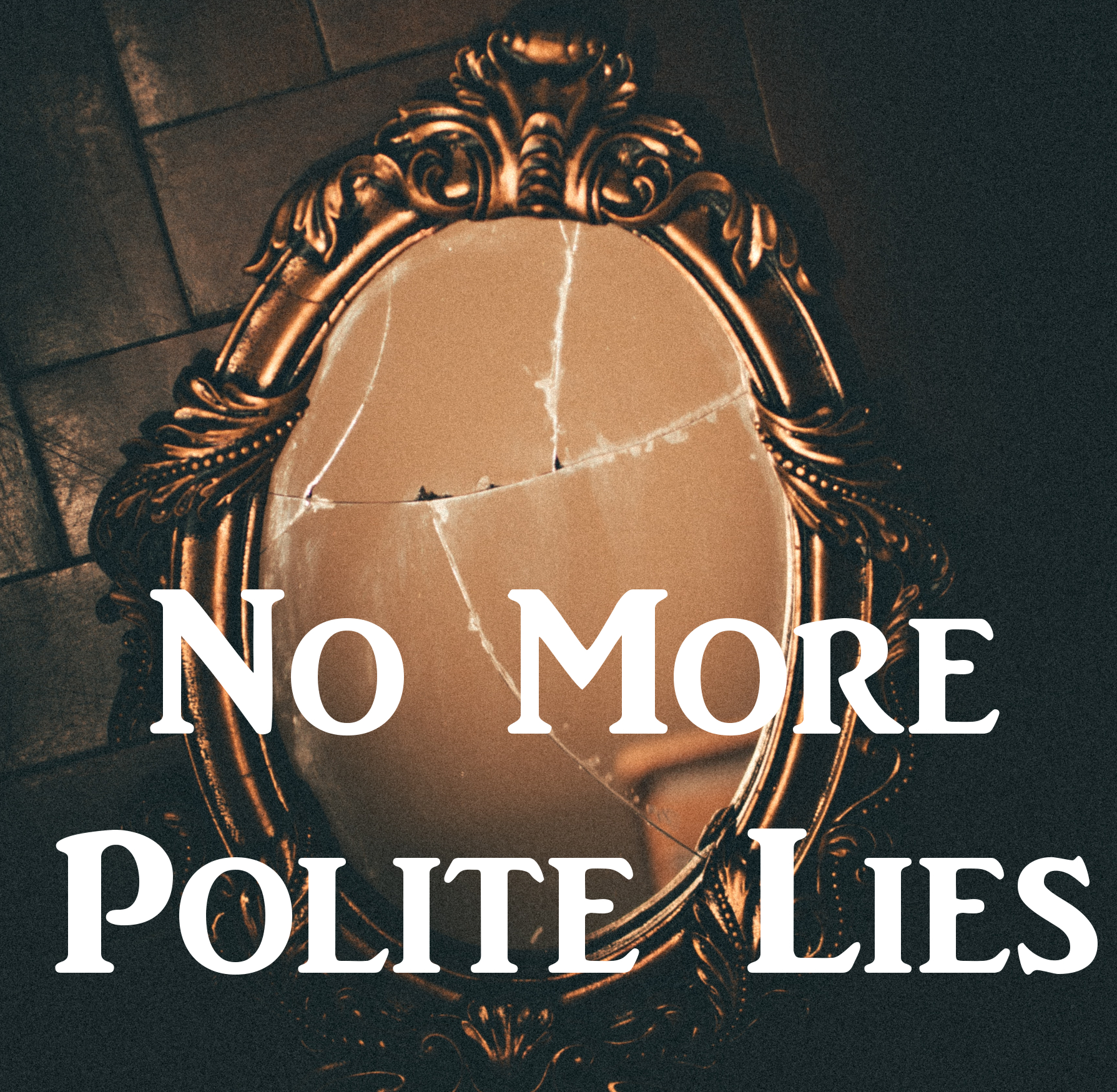 I recently heard it said that white lies were the lubricant of society—that everyone lies constantly and that social life would be intolerable if we didn’t. If you go to a dinner party and the conversation was mediocre and the food bland, you say, “It was delicious and I had a wonderful time.” A lie…. But doesn’t society work better when everyone tells that sort of lie? When we smooth out the rough edges of reality for our neighbors, and let them see only what they want to see?

This is merciful. This is right. Or at the very least, it’s how you have to do things to be liked. Or so we tell ourselves. But this is itself a lie, a deeply destructive one.

Perhaps white lies take the sting out of failure, but they also take the shine from achievement.

Let’s suppose I host a dinner party—as all who are able should—and it is an utter failure, but people tell me, “I had such a great time. Your cooking is fabulous.” In their mind, they are sparing me embarrassment, making me feel better, and in general being good, responsible friends. But I am not an idiot. I know if I did a decent job cooking or not. I know if I planned badly and invited an incompatible group of people. Their praise will fall flat.

Worse, if my failures are praised as wonderful, what about when I think I have succeeded? Will I receive the same feedback? Will I be told, “I had such a great time. Your cooking is fabulous?” If I am told I succeeded when I didn’t, how will I know when I have really done something good? There will always be that lingering doubt. “Maybe they’re just saying that to make me feel better?”

Imagine for a moment how glorious it would be to know that no one would ever tell you a lie about yourself to make you feel better. That any praise you received was the person’s absolutely sincere and convinced opinion.

“White lies” are not the only way to be polite.

This is not to say that we should say whatever nasty thoughts come to the top of our minds all the time. Telling all of the truth all of the time is hardly the right answer. It would be horribly impolite and possibly even cruel to tell the hostess of a dinner party, “I was bored out of my mind and the roast was dry.” But it’s not as though there are only two options: either be rude or lie.

Suppose the meal was really terrible. Suppose you were bored out of your mind. Was nothing about the experience good? Maybe as you leave you can tell the hostess, “Thank you so much for inviting us. That was such a lovely bouquet you had on your table.” Or “That pie was good.” If you honestly cannot think of a single truthful compliment—and I think it would have to have been a remarkably bad evening for that—then simply say, “Thank you so much for inviting us.”

It is not rude. And you have not degraded the truth by saying it.

To go back to our failed dinner party—not that anyone wants to go back to one of those—imagine that you do always fall back on the white lie so that you don’t have to say the unpleasant things in your mind. Then there’s no motivation for you to change the things you notice. It’s not socially unacceptable to have negative thoughts… just to express them. Even if you never express your unpleasant thoughts, they still poison you. You will come home from that lousy dinner party after telling the hostess what a wonderful time you had and how much you enjoyed the food, and your thoughts will be something like this: “Wow. What a waste of an evening. What horrible food. I really can’t stand that one guy who was there telling lame jokes. I should just stay home next time someone invites me out. It would save a lot of trouble. I’m so disappointed in humanity.”

But now suppose for a moment that you had made a pact with yourself never to say anything you did not honestly think. You would have to search your mind for something positive about the evening. Perhaps there was nice wine, or maybe the hostess set the table in an elegant way. Perhaps you were just grateful to get out of the house and the dinner party was an excuse.

Whatever the case, you are now looking for the positive. Courteous truthfulness is like keeping a gratitude journal. It forces you to look beyond the negative and see the other story you could be telling yourself.

Let’s start being courteously truthful instead of telling polite lies. It makes everyone’s life better, starting with yours.