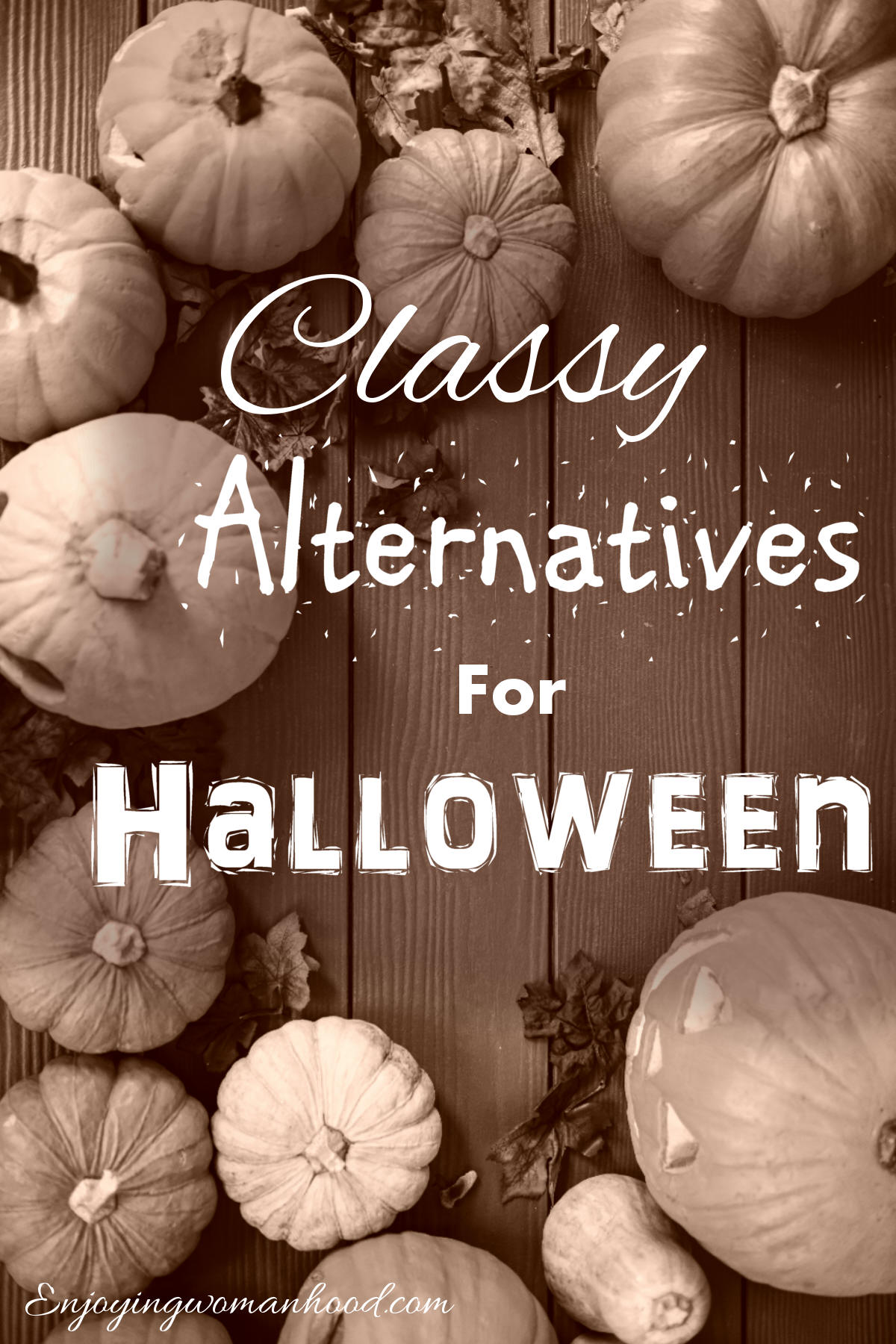 It’s getting to be the season where some of your neighbor’s yards have probably sprouted zombie graveyards, skeletons, ghosts, cauldrons, or other potentially frightening things. Sometimes you see something really cool, like one of my neighbors this year has a homemade spider web in their tree. I’m not sure how they did it, but it’s pretty cool. And then there’s the other yards, where there’s just too much going on… Zombies, witches, ghosts, spiders, bats scary pumpkins… Sometimes less really is more.

Now, there are a lot of different attitudes toward Halloween. When I was a kid my parents weren’t fans of the holiday, so we would turn off all the lights and pretend we weren’t home so the kids wouldn’t stop and ask for candy. (I remember once a kid did stop, and my parents did actually give him candy, so it wasn’t that they were mean or anything.)

This last year, I and my husband actually wanted to hand out candy because we thought we might meet the neighborhood kids that way, but all they would say was “trick-or-treat” and be on their way. But that’s another story.

Anyway, while there’s a lot of ideas about Halloween, as a woman with a sense of beauty among her many fabulous qualities, have you ever wondered if there were any alternatives to horror movies, haunted houses, and zombies in the yard for late October enjoyment?

Catholics have had “All Saints parties” for decades, where the kids get to dress up as saints, and yes, get candy… but that’s just one option. (By the way, if you think dressing as saints sounds boring, you should see the Saint George costumes. You get armor and a sword.)

Here’s a few alternative fun and maybe even scary things to do around this season, which will actually help you develop your skills and virtues.

Try Out an Escape Room 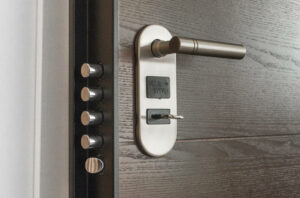 Escape rooms have become very popular lately. If you’ve never done one, the basic idea is that you, and a group of friends get locked in a room, usually for an hour, and you have to get out before the timer goes off. Escaping from the room is quite challenging though, as there are puzzles and riddles and clues that you have to sort out to figure out how to unlock the door. There is a story to go with it, to explain why you are there and to give you a little background and provides the theme of the room and clues.

While escape rooms can sometimes be pricey, costing perhaps the same amount as a trip to an amusement park, they are a lot of fun. It’s also great exercise in cooperation, creativity, and tenacity. It can be a good bonding experience to do with friends or family, and is a great choice for bachelorette parties. 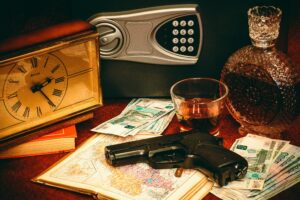 There are murder mystery kits available either for free download, or in a boxed set. They can be for as few as 7 people or as many as 200.

There are a few different kinds of murder parties. Some, like this one, are played over dinner in rounds, and others are fully interactive, but all of them involve playing parts, asking questions, and trying to solve the crime. In the interactive versions, you have to wander around and find people and solve problems, all while either trying to discover the murderer, or if you are the murderer, trying to conceal your identity. This website offers some family friendly options, has practical suggestions to help you run them, and explains how they work.

If you’re really ambitious you could even write your own, but you’d probably want to try at least one out first. 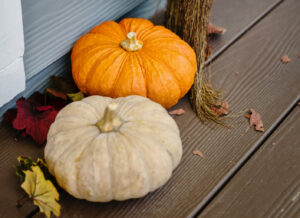 There are classy ways to decorate your house. Just putting pumpkins on the doorstep is always a classy (and easy) way of bringing a little color to your yard. Some people like to put a collection of pumpkins and orange mums for a very elegant and low effort Halloween look.

Fall leaf wreaths are also elegant. You can make a wreath from a coat hanger using fall leaf decorations from a craft store, or dollar tree, or a garland like this if you want to make a couple. It would be a great craft to do with kids too. You can also use the garland over your front door for a more impressive look. 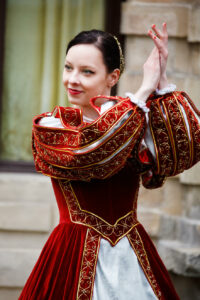 Dressing up is always fun, and with a little creativity you can usually throw a costume together for just a few dollars, so it doesn’t have to be a very expensive activity. Your party can be all girls, couples, or random. You can even do it with just family, and see how creative everyone can get with what’s already laying around in the house. As a kid I spent many happy hours with family members writing, directing, and performing skits, and designing and constructing the costumes for them. I remember cutting up the fake fur lining from an old coat, and turning it into a wolf mask for some skit we were performing.

My cousin and I hosted costume party several years later, and we didn’t have enough drinks, so we and a few friends went to the grocery store. The other customers were a bit surprised to see Zorro and his wife, a Norse princess, a lady from the Civil War era, and Maria Von Trapp all wandering the aisles together. If you don’t want to see zombies or other sickening creatures at your party, it is simple enough mention on the invitation that costumes must not be gory or gross.

Making and wearing costumes will help you and your children develop virtues like patience, resourcefulness, and social confidence. Working on costumes as a family or team effort will also help develop skills like cooperation and problem-solving.